Gearing Up For Phuket Vegetarian Festival!

I just got back from a brilliant trip to Phuket attending Phuket Vegetarian Festival for the first time! It was heaven, absolute heaven! Well, the weather was hot, which is never my favourite, but hey, I'm cool as long as the food is good, and boy, was it!

I'm splitting this Phuket trip into a couple of posts.

I had quite an experience travelling to Phuket for the first time. This post is about this experience - not much food going on, but it was quite an interesting journey, so read on if you're curious. If not, wait for Part 2 where I will focus on my vegan food adventure more 😊


There's no direct flight from Ho Chi Minh City to Phuket, so I had to stop by Bangkok first. My flight to Bangkok was at 11:15. Then, my next one to Phuket was at 16:15. Nothing went wrong with either flight. In fact, the plane even landed in Phuket earlier than expected - 17:15 or something, so I was excited because it meant that I would be able to get into town early and start my vegan food adventure sooner! 😄

However (of course, there's a "however"), my journey to Phuket Town did not go as smoothly. Before this trip, I'd already done my research on airport-to-town transportation - found out about Airport Bus, tickets bought on board costing THB100. Anyway, I was waiting at the bus stop, but apparently the bus wouldn't arrive till an hour or so later. Therefore, a bus driver told me and other waiting passengers to get on a van instead (we paid the same price 100 Thai Baht for the ride) and would drive us to town or wherever our destination was.

💢  Result: he DID NOT drop all of us off where we wanted, but made his last stop behind Big C supermarket where a local bus/taxi was.

The local bus fare to town was only THB15, but the bus kept going around and around and around for ages! Seriously, I kept looking Google Maps on my phone and as soon as the bus got close to the road that my hotel was on, it turned around and drove off in the opposite direction. It was extremely frustrating! 😤  It must have taken over an hour for me to get dropped off near my hotel - probably 18:30 by then. Thankful for a local man on the bus who helped us out on figuring out where to go and communicating with the bus drivers on both rides.

When I finally walked to my hotel 'Chicroom Phuket Town' (the hotel's name on Agoda) though at the premise (and on Google Maps), the name was 'Chicroom Room & Cafe', I couldn't get in because the door was locked and nobody answered when I rang the doorbell and called up the hotel's phone numbers though the lights were on inside 😐  An additional frustrating and confusing factor to this evening was that there's another place on Google Maps with the same name that's about five minutes walk from where I was.

I texted my friends, Jojo (Vegan in Brighton) and Nick to tell them about my situation. I did end up walking to the other place on the map just to double-check. The place turned out to be non-existent 🙈  I hadn't had much to eat that day, so I was running out of patience and getting real hangry!

When I finally met up with my friends, we walked back to my hotel again to see if we could get in. There was still nobody in sight and door was still locked when we got there. Then, we heard someone called out to us. We turned around and saw a woman and a boy walking towards us. Yes, the woman worked for the hotel. Finally, somebody! 🙌🏼

The story did not end here though ... The hotel staff was quite clueless 😅 I booked my accommodation through Agoda, so I showed her my booking information on my phone. She was asking me if I stayed for 1 night and asking me to pay - I booked 6 nights and already paid and all this could be seen in the Agoda booking info I showed her 😆  After a little while, she finally understood that I booked the hotel with Agoda and showed me to my room.

To be honest, it was kinda funny what happened with the accommodation. And no, it's not one of those big hotels, but more of an resident home-turned-into-apartment hotel accommodation. It was not the most desirable first impression, but overall, my stay at Chicroom Room & Cafe was fine. I had no complaint. The room was clean. Plus, since the place was sort of tucked away, it was quiet, which was great! 😀 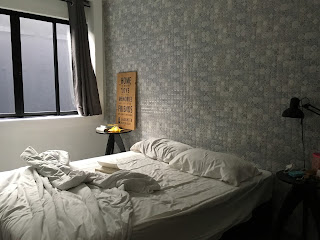 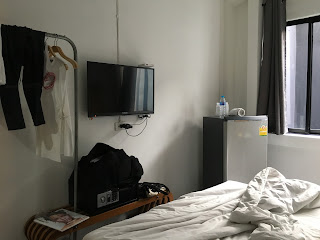 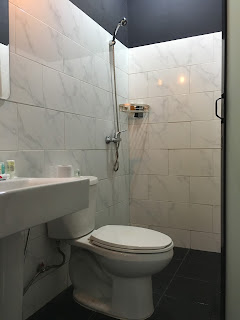 I would actually recommend booking this hotel. There's a 7/11 right around the corner. Plus, it only takes 7-10 minutes walk to Old Phuket Bus Terminal where you can catch the Airport Bus. I just want to leave you with one advice though: Arrive during daytime 🌞  It wasn't that late in the evening when I arrived at all and noone was there, so you know, for a frustration-free check-in, arriving early may be better. Or push your luck and see what happens. Maybe you fancy having a story to tell 😜

Jojo and Nick got me snacks! My saviours! Obviously, this was not all that they got for me. I wolfed down most of the snacks when we were catching up over iced tea at a coffee shop. 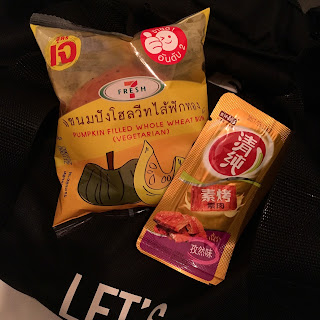 It was a loooooong day! Not exactly the best first day, but certain an eventful one!

That is it for this first post about my Phuket trip. Look out for another one with a sole focus on food coming up soon 😁

Thanks for sticking around 😸

P.S. This is what the airport bus looks like. Took this pic at Old Phuket Bus Terminal as I was just about to take the bus from town to the airport. The bus was reliable, on time and with air conditioner. Bus fare: THB100 - tickets are available to purchase on the bus. 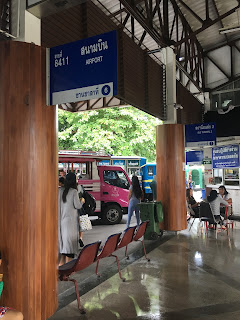 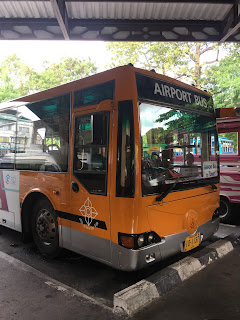 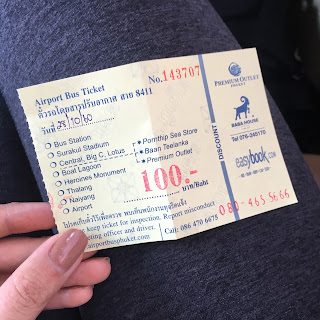 *All photos are mine* 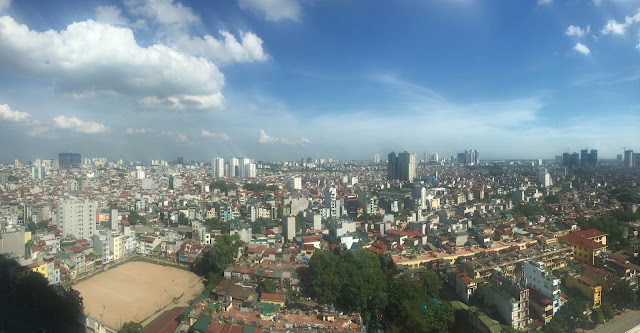